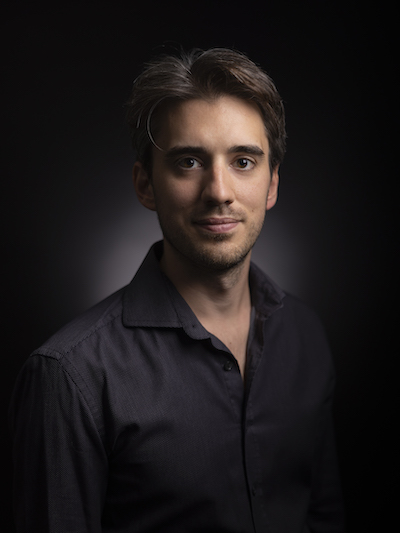 Applauded in recital on many French organ and abroad, Grégoire Rolland is laureate 2016 of the Banque Populaire Foundation and from 2018 titular organist at Aix-en-Provence cathedral. He is also professor of Composition, orchestration and of music theory at the Conservatoire d’Avignon (CRR).

In 2020 he won 1st Prize in the Composition Contest of the Cathedral of Vienna (Austria), and recorded his 1st album, as composer and organist: The Sacraments. The Academy of the Beaux-Arts awarded him, in 2021, an incentive prize for musical composition. In 2022, the vocal chamber choir Dulci Jubilo (conductor Christopher Gibert) with Thomas Ospital at the organ, recorded a monography focused on Gregoire Rolland’s vocal pieces: Shēng produced by Anima Nostra.